College Football Playoff: What would the 12-team expanded field look like this


Though not officially finalized, the expanded 12-team College Football Playoff is expected to debut with the 2024 season. Each week for the rest of the season, The Athletic will test drive the proposed format using the CFP committee’s latest Top 25 rankings.

Here’s how the bracket would be seeded and the site locations determined using the committee’s Nov. 22 rankings and a 2024-25 calendar. Note: The Orange and Cotton Bowls were previously scheduled to host the 2024-25 semifinals and Atlanta was selected as the national championship game. 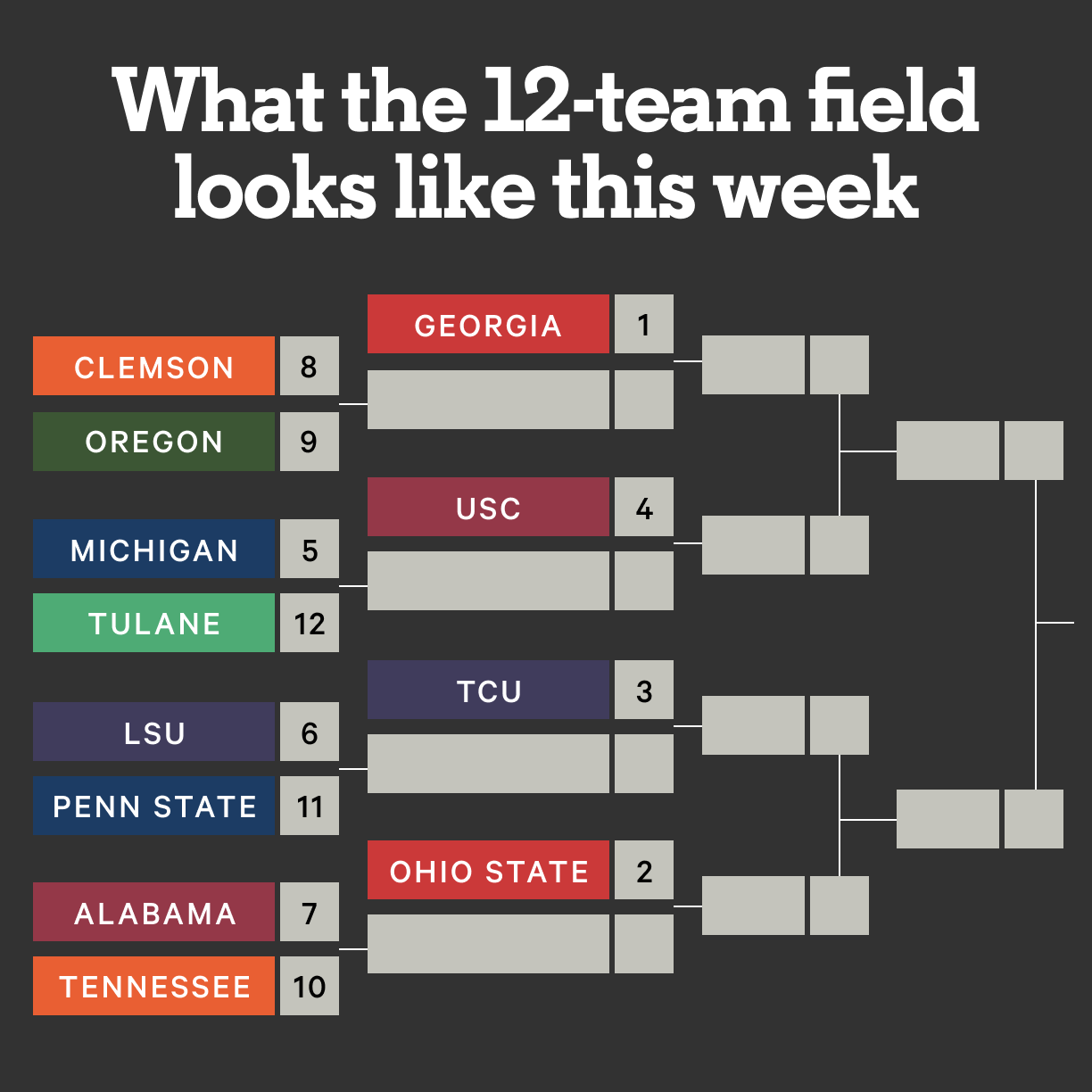 Under the CFP board’s approved model, the top four seeds will be reserved for the four highest-ranked conference champions. For our purposes, we’re designating each conference’s top-ranked team as its champion. That means No. 1 Georgia (SEC), No. 2 Ohio State (Big Ten), No. 4 TCU (Big 12) and No. 6 USC (Pac-12) would get a bye into the quarterfinals.

The four first-round games will be played on the campuses of the No. 5-8 seeds over the third weekend in December. Which games get placed in which slots would likely be determined by ESPN, with Tennessee-Alabama as the obvious Saturday prime-time selection.

It is expected the current New Year’s Six bowls will rotate hosting the quarterfinals and semifinals, with a goal of playing most quarterfinals on New Year’s Day. And the CFP board said in its announcement the top four seeds will be assigned “in consideration of current contract bowl relationships.”

Using those parameters, No. 1 Georgia would go to the SEC’s contract bowl, the Sugar Bowl, and No. 2 Ohio State to the Rose Bowl as Big Ten champion. The Peach and Fiesta bowls do not have…

‘I will not trash the locker room’

Warriors shouldn’t have trouble covering vs. Mavericks, plus other best bets…

College Football Head Coach Vacancies: Predicting the next hires for every Power

CFB Playoff predictions: Who are the top 4 entering championship week?