The stunning sports presenter is a former golfer and dating the boxing icon.

The couple’s romance was confirmed last year by the boxing great.

They reportedly met in June 2021 when Sonders interviewed the boxer at an event.

And De La Hoya told TMZ later that year: “[I’m] healthy, not drinking, no nothing, I’m just with my beautiful woman, Holly.” 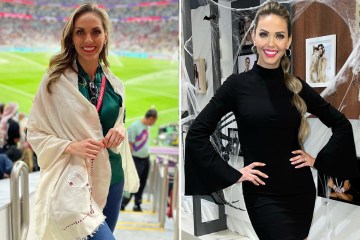 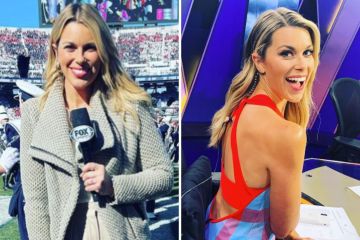 And the couple are still together with all of her recent images on Instagram coming alongside the boxer.

Holly first came to fame through her golf career in college.

Holly graduated in 2009 and then went on to work in television.

She first was a sideline reporter for Big Ten Network.

And they she started working for The Golf Channel, which took her career to the next level.

Holly also worked for FOX Sports and was a key part of their major golf coverage.

She has over 600,000 followers on Instagram, and often posts pics of her glamorous lifestyle.

Holly was previously in a relationship with influencer ‘Vegas Dave’ and rumored to be seeing NFL coach Kliff Kingsbury.

Yankees’ current offer for Aaron Judge ‘in neighborhood’ of $300 million, per

Stephen Fulton Vs. Brandon Figueroa II On February 25th On Showtime In

The most iconic boxing moments of 2022

Gervonta Davis vs. Hector Luis Garcia purse, salaries: How much money will they