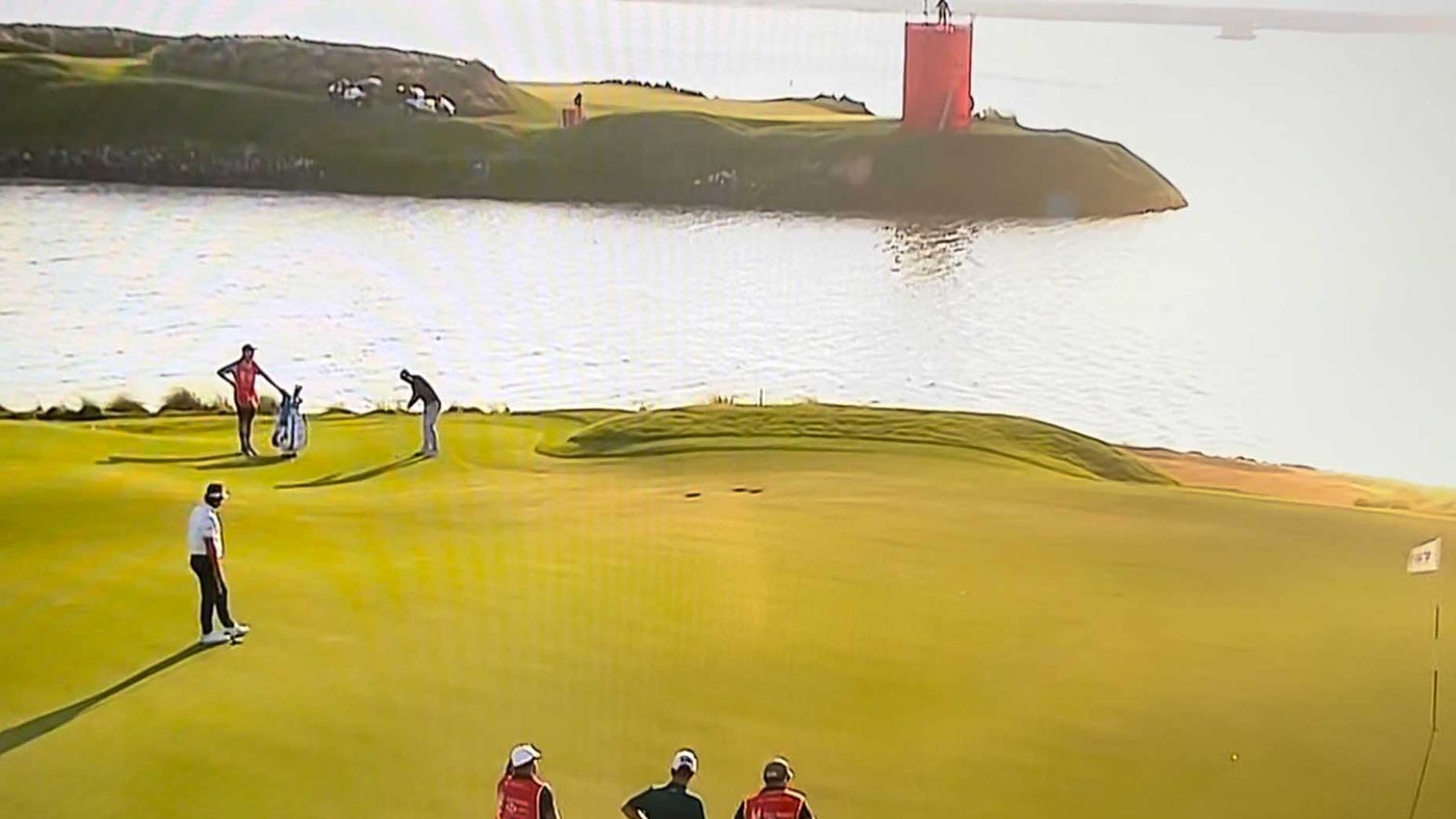 Luke Donald was rolling. Just a day earlier, in fact, this year’s European Ryder Cup captain was being asked whether he would pick himself to play in the biannual event.

On the former point, he was slightly off.: The last playing captain for either the Americans or the Europeans was Arnold Palmer for the U.S. in 1963. (Europe has never had one, though Dai Rees played and captained for Team Great Britain in 1961.) And then there’s the latter point, and though one hole or shot does not make a player, his sequence during Friday’s Abu Dhabi HSBC Championship second round wasn’t becoming.

“Well, I don’t think I’ve ever seen Luke Donald do anything like that in my life,” a Golf Channel analyst said.

Possibly not, though he was in a tough spot on the 204-yard, par-5 17th at Yas Links Abu Dhabi, albeit it was of his own doing. His tee shot was some 30 yards short of the flag, and his ball settled into a small patch of fairway ahead of the upslope of the green.

Should he chip? Should he putt? Donald is an expert here, though gauging a 90-foot putt through undulations and two types of grass is demanding.

“So that’s going to be very tricky,” an analyst said on the broadcast. “But we know how good he is on those shots.”

“Think he might have to chip that one,” another analyst said.

“Yeah, definitely going to have to chip it,” another analyst said. “It’s a miscue.”

And his ball rolled past the hole.

And off the green.

And into a back greenside bunker. He was now 36 feet away.

“Oh dear. No, surely not,” one analyst said on the broadcast.

“Well, that was extraordinary from Luke Donald,” another analyst said. “Very good chipping, and he must not have fancied it because that’s a…

Golf: Redwood Park Golf Club working through big cleanup after being hit by

Golf: Kazuma Kobori gets New Zealand off to winning start in 2023

Aubrey Griffin scores 19 points as No. 5 UConn holds off No.…